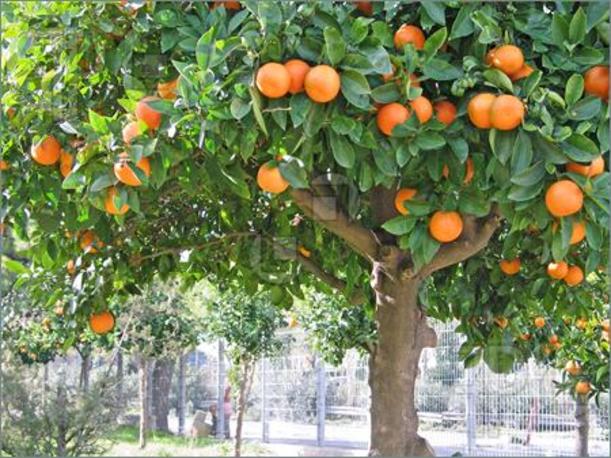 Another major benefit of wood vinegar is that it appears to assist the enzymes and microbes which facilitate plant cell growth and other useful reactions.  While this mechanism is unclear scientifically, many researchers claim that spraying wood vinegar makes plants take root more firmly, helps leaves grow larger and fuller, counteracts excessive nitrogen, stimulated the metabolism of plants and raises sugar levels.  It is assumed that plants are favorably affected by trace elements in the wood vinegar, or other substances produced when wood vinegar is decomposed through the photosynthetic process.  Spraying wood vinegar diluted 500 to 1000 times an improve the taste of fruits that are not very sweet due to weak photosynthesis resulting from a lack of sun or poor soil.  This effect is assumed to be due to wood vinegar’s role as a coenzyme.  It is also thought to be related to the presence of esters in wood vinegar.  Valerianic acid ethyl, for example, benefits the growth of radish and of Chinese cabbage.  Such esters in wood vinegar as methyl acetate andmethyl formate also have a strong growth acceleration effect on plants.

Just as wood vinegar increases the effectiveness of pesticides and herbicides, it also increases the effectiveness of fertilizer.  This is due to the fact that wood vinegar complements both the fertilizer and the existing soil nutrients.  For example, it has been recorded in applications of wood vinegar in the growing of tea that it increases by three times the level of useable phosphoric acid.  The roots of plants secrete organic acids which dissolve and absorb phosphoric acid in the soil, and it is thought that organic acids in wood vinegar have the same effect.

With respect to diseases of stems and leaves, many researchers claim that wood vinegar both has a direct germicidaleffect, and an indirect, prophylactic effect through changing the biota on the leaf surface.  When leaves are temporarily acidified, it prevents the increase of germs. However, the most conspicuous benefit of spraying wood vinegar on leaves is the vinegar’s ability to strengthen plants’ natural resistances to diseases and to increase the permeability of agricultural chemicals. Many researchers point out that leaves on which wood vinegar is sprayed turn glossier and greener.  They postulate that this is because certain kinds of esters in wood vinegar increase the levels of chlorophyll and stimulate photosynthesis.  It is also presumed that they assist in the synthesis of sugars and amino acids.  As a result, in addition to increasing leaf vitality and thus resistance to disease, wood vinegar can also actually improve the taste of agricultural produce. In addition, wood vinegar increases the permeability of agricultural chemicals into leaves.  Such chemical usually dissolve most easily in acids with pH value of 4 to 5.  Therefore, when they are sprayed together with wood vinegar, they become more effective.  In this way, the quantity of agricultural chemicals used, and the frequency with which they are used, can often be reduced by half.  However, alkaline agricultural chemicals cannot be mixed With wood vinegar because they react negatively with the acids in the vinegar.

Why use Wood Vinegar?

- Extensive use throughout Asia for many decades must have merits