(a) In chicken egg production, farmers claimed that their hens improved
(b) Their egg-laying performance improved
(c) Had better rearing characteristics
(d) Improved their hatching efficiency
(e) It also improved the quality of eggs such as

Wood Vinegar as supplement for livestock feed. Mixed with livestock feed and water at rates of between 1:200 and 1:300. Wood vinegar can adjust bacterial levels in the animal digestive tract which improve the absorption of nutrients from feed. 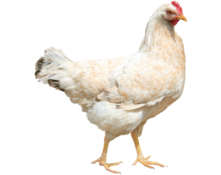 Studies showed that when wood vinegar was used as feed supplements in poultry, salmonella bacteria, which are responsible for gastrointestinal diseases of chickens, were eliminated.

Studies on swine production showed that sows improved their performance. They became healthier, their fertility rate improved, and piglet size became uniform. It has been suggested that wood vinegar can improve the performance of weanling pigs by improving the nutrient digestibility and reducing harmful intestinal coliforms. Moreover, the performance of pigs fed with wood vinegar was found to be better than those fed with organic acid. The fatteners also improved their feeding efficiency and meat quality. The foul odor from the manure of the pigs was also reduced. Furthermore, reports from farmers indicated that their sows increased their milk production and diarrhea among piglets were prevented or cured.

Wood Vinegar is suitable for poultry, and other livestock like sheep, cattle, etc. Wood Vinegar is an all-natural livestock deodorant derived from plant extracts. The skin friendly plant chemicals bind themselves to odor-causing agents on the animal’s body and wastes, effectively breaking down, absorbing and transforming them into a natural acidic state and destroying and suppressing bacteria, viruses and other odor causing pathogens.  It effectively controls the production of odor causing bacteria on the animal and the farm resulting in healthier livestock and increasing yield. In cattle, it is said that wood vinegar also
​
(a) Improved meat quality
(b) Improve fertility rate
(c) Increase milk production substantially
(d) Improve feed efficiency

The result is non-stimulating Deodorization that is non-toxic and leaves no residue, creating a good-bacteria forming environment that is healthy and fresh for your livestock.

Mixed with water at rates of between 1:500 and 1:600 (1 liter of wood vinegar with 500 liters of water). Wood vinegar reduces the cluster of water to 1/3 and  can adjust bacterial levels in the digestive tract which improve the absorption of nutrients from feed and mineral elements of water .