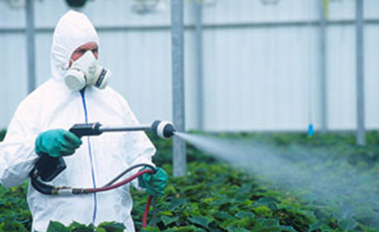 Wood vinegar is produced when smoke from charcoal production is cooled by outside air while passing through a chimney or flue pipe.  The cooling effect causes condensation of pyroligneous liquor, particularly when the temperature of smoke produced by carbonization ranges between 80 and 180ºC/176 and 356ºF (Nikhom).  This temperature is reached at the........

An Introduction of Wood Vinegar

According to Thailand’s Department of Agriculture, wood vinegar has the following broad benefits:
• Improvement of soil quality
• Elimination of pests
• Plant growth control; being able to accelerate the development of roots, stems, tubers, leaves, flowers, and fruit
• Used to increase amounts of fruit produced in orchards

Dr. Arnat Tancho at Mae Jo University also reports that wood vinegar can be applied to the soil surface to help

Prakrit Khamduangdao was looking for an alternative to agricultural chemicals to control pests in his vegetable farm.  However, he was not completely satisfied with various botanical pest control measures being promoted in northern Thailand.  He reports that even though certain natural insect repellents were beneficial, their effects were too limited.  Additionally, finding adequate amounts of necessary raw plant materials and processing them into sprays was laborious and time consuming.  When Mr. Prakrit first heard about wood vinegar in 2000 he was intrigued.  Compelled by the idea of a natural by-product of charcoal production that can control pests and diseases of crops, he bought his first bottle.   Having used the product, Mr. Prakrit was pleased with the ease of mixing and application.  Ultimately, after observing much fewer insect pests and fungal diseases on his crops, he became convinced of the effectiveness of wood vinegar. Not long afterwards, Mr. Prakrit became self-sufficient in producing both charcoal and wood vinegar with a 200-liter horizontal drum kiln.  He has beenan advocate of wood vinegar ever since. Wood vinegar (pryoligneous liquor) is rapidly gaining acceptance as an essential Asian natural farming input.  Reported agricultural use as a fertilizer and growth-promoting agent goes back to the 1930s, making the product a relatively new innovation.

increase the population of beneficial microbes and to promote plant root growth.  Additionally, the product can help boost crop defenses against disease.