Global warming, which is a major concern across the globe, is the increase in the average surface temperature of earth, due to the emission of greenhouse gases, especially carbon dioxide. Several factors such as deforestation, forest fires and burning of fossil fuels, result in carbon dioxide emission in the atmosphere. Biochar helps in natural carbon sequestration i.e., it helps in carbon capture from atmosphere by natural means. It is one of the most inexpensive means of removing carbon from the atmosphere, also its production reduces the amount of carbon dioxide emission, as well as forms carbon sinks to capture atmospheric carbon. This factor is responsible for driving  the growth of the global biochar market.

Some of the major drivers fuelling the growth of the global market are improved soil fertility and crop yield, natural carbon sequestration property of biochar, increased government initiatives and stringent environmental regulations, and waste management potential. Biochar is used as an amendment to improve soil quality and crop yield, as it acts as a soil enhancer and makes soil more fertile. It is similar to the char produced from forest fires, which increases soil fertility, nutrient uptake and retention capabilities of the soil. However, forest fires contribute to environmental pollution, greenhouse gases emission, and deforestation. It offers better solution for this problem. It is produced during gasification and pyrolysis, i.e., the super heating and thermal conversion of biomass in limited oxygen at high temperatures in specially designed furnaces; hence limiting the emission of harmful gases. Hence, the improved soil fertility and crop yield by usage of biochar is driving the growth of the global market.

The global biochar market is estimated to be valued at $4.27 million in 2015, and it is expected to grow with a CAGR of 17.1% during 2015 - 2023. Geographically, the North American market is estimated to hold the largest share in the global market in 2015. The North American market is growing mainly due to increased demand for agricultural products and improved soil fertility and crop yield. The quality and texture of soil in North America is continuously degrading, due to the continuous usage of chemical fertilizers, deforestation, mining and aggressive agricultural practices. This has created a high negative impact on the productivity of agricultural products. Biochar reduces nitrogen leaching into ground water; moderates soil acidity; increases water retention capability of soil; and increases the number of beneficial soil microbes. 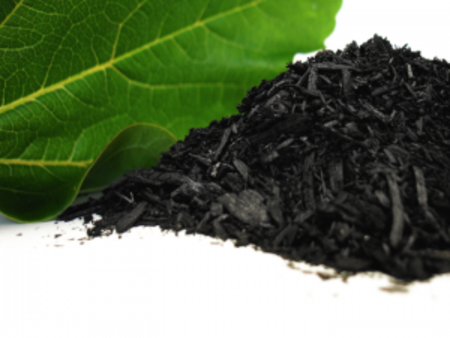 The biochar market, US producers, suppliers for purchase

US and Global Biochar Market Size, Share, Development, Growth and Demand Forecast to 2023

The biocharmarket is growing at a significant rate, due to increased government initiatives and stringent environmental regulations, improved soil fertility and crop yield, and natural carbon sequestration property of biochar. It is fundamentally a charcoal, which is used to increase the fertility of soil, and helps in increasing agricultural productivity, along with providing protection against soil borne diseases. It is obtained through the process of pyrolysis and carbonization. During the biomass pyrolysis process, it is produced as a by-product, and is efficient in improving fertility of soil, while providing natural carbon sequestration. It helps in retaining carbon in soil, and also acts as a soil enhancer. It is commonly sold in form of low cost biochar fertilizer complexes and small-sized bags, due to its high cost in the market. Biochar mixes are generally used in gardens, agriculture farms, and household application.